Last night, I hung up the phone with my father, and began to silently debrief the whirlwind conversation we’d just had. Anyone who has ever engaged in a discussion with my dad will know exactly what I’m referring to. He has this tendency to barrel his way through an issue in a no nonsense kind of manner, and then quickly switch to another idea before you’ve even have a chance to formulate a response to the first topic. Sometimes I feel like I’m performing verbal acrobats when I’m talking to him, although no manner of appropriate pause or clever interjection will ever make communication with him any smoother. It’s not that he’s insensitive or dismissive. Not in the least. It’s just that his thoughts are almost always two steps ahead of his words, so much so that he’ll literally hop up mid conversation and leave everyone rushing to finish their closing statements.

The question of “Where’d Dad go?” has become a running joke in our household, because if  family conversation or household activity pauses long enough, he’ll just quietly excuse himself to a more productive venture. Sounds peculiar, I know. But I promise you, his loved ones find it one of his most endearing quirks.

I used to be embarrassed of my dad. In retrospect, I see that it’s normal for children to be ashamed of their parents at one point or another as they are growing up. But my embarrassment had less to do with who he was, as it did with how I feared his uniqueness would reflect upon me, especially growing up in a neighborhood that had yet to know diversity.

My childhood was spent in a suburban utopia, complete with wide tree-lined streets, top-notch public schools, and neighbors that brought homemade cookies each year during Christmas time. My parents sacrificed many things to ensure that my sisters and I were raised in the neighborhood that we grew up in. I see that now. We often have gain clarity  as seasoned adults that we lack as carefree youth.

I was embarrassed of our old LTD cars, and dad’s hobby of tinkering with them incessantly. And I’m not talking about souping them up, lowrider fashion. I’m talking about FIXING them. They were constantly breaking down, and dad would patiently put them back together, garage door open, tools strewn across the driveway for the world to see.  “Why can’t you just buy something NEW?!” I’d complain, glancing enviously at the shiny station wagon my classmate was dropped to school in. But dad wasn’t about new. Nope. In fact one of my earliest memories is of our weekend trips to thrift stores, where my sisters and I happily pick out bags of mismatched toys from the 99 cent bin. That is until I was old enough to realize that my classmates ruthlessly bullied any kid that dared to wear threads bought at a second-hand store (This was all long before hipsters & Macklemore made thrift store shopping a trendy activity).

What I didn’t understand then, was that my dad’s own childhood profoundly impacted the way he operated as an adult. Though Sacramento was a long way from the dingy garage he lived in in East L.A., and even farther yet from the Texas cotton fields he played in as the toddler son of a migrant farm worker, he brought the principles of poverty with him even as he purchased his first home in Sacramento’s coveted Pocket area. Principle 1: Don’t buy new if you don’t have to.

I didn’t understand a lot of things back then. Like the fact that my dad was right when he told me to be proud of my beautiful brown skin, even as some of my peers were poking fun of my pigment and my surname. I couldn’t comprehend why my parents took it so seriously when, later, I reported that there was a severe bullying problem going on in the upper-grade classrooms of my elementary school. A problem that had all the tell-tale ugliness of race and class discrimination. When my dad insisted upon meeting with the teachers to bring the issues to light, I remember wondering if my folks were overreacting.

Back then I couldn’t make sense of why my father felt the need to repeatedly recount to my sisters and I, the lessons he’d learned as a young boy in East L.A. And why his standards for us were so high, in regards to both education and personal conduct. Or how he’d often sit at the dinner table after a full day’s work, starring into space at some far away memory that we were not a part of. On those nights, sometimes I’d catch glimpse of a tear sliding down his cheek. I didn’t understand that either.

A few weeks ago, my dad celebrated another birthday. He talked about the accomplishments in his life, as well as the struggles. And, like always, he ended the momentary bout of reminiscing on a high note with an optimistic tribute to all the blessings in our lives.

My dad has never been one to purchase frivolous things. New cars, designer clothes, custom accessories…they aren’t alluring in his eyes. Because of that, he isn’t much of a gift giver, not in the traditional sense, anyway. Birthdays and events roll around and it’s likely that he won’t go out of his way to buy something just for the sake of marking the occasion. Someone asked me recently if I’ve held onto any of the jewelry my dad bought me as a child. I laughed.

Dad never bought me jewelry, but he’s decorated my life with a thousand pearls of wisdom. I wear them proudly every day, head held high and the confidence  of knowing that I am equipped with the skills needed to gracefully navigate through life and all of it’s thrilling complexity. 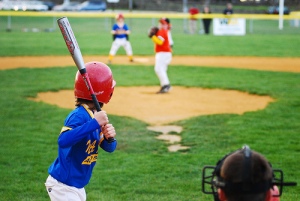